Okay even for beginners!

The demand for human resources in the Japanese nursing care industry is increasing. The job of nursing care is the recommended job for foreigners who are looking for a stable job in Japan in the long run.
We provide various support so that you can work in Japan with peace of mind.

Raising a spirit of spending life comfortably without losing dignity,Treat people with the heart and words of hospitality and kindness,Creating comfortable dwelling, offering good meal,Ease the pain and getting rid of fear and anxiety.
The Meiseikai was established on February 15, 1992 for the purpose of realizing a peaceful and rich society in which people help each other. Our goal is to ensure that everyone can live comfortably without losing dignity. Engaging with people based on these ideas is our mission.

My decision to come to Japan was motivated by Doraemon

The Japanese character Doraemon greatly influenced my decision to come here in Japan. I used to think that if I come and live here I would have the opportunity to meet him. Kidding aside, my older sister is married to a Japanese man and has been living in Japan for almost 15 years. At first I was not interested in coming here but she said that Japan is a nice country and a very comfortable place to live in. Upon hearing this I got interested and decided to apply for the EPA program. 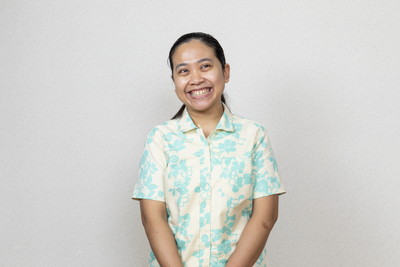 The EPA program allows foreigner to come and work here as nurses and caregivers. Though I wanted to apply as a nurse my experience was not enough. I wanted to come here as soon as possible so I decided to apply as a caregiver instead. Applying in this program takes a lot of time and effort. After the application there’s the interview, the written exam, etc. and you have to undergo physical and mental examination. After that you have to wait to be matched to a certain facility here in Japan for you to be able to go through the next process. Most of the applicants were able to be matched sooner but it took a longer time in my case. I was about to give up when finally the call came notifying me that I was chosen for deployment.

Hearing the news made me happy. Of course I had some anxieties but was more excited about it knowing that there will be two of us going to the same facility. I thought it would not be hard knowing that somebody will be there to help me during difficult times and somebody whom I could talk to when I needed someone to confide with. But when it was time for us to leave they told me that for some reason she couldn’t go and that I would be going by myself. It was so sudden that I was taken aback. They asked me if I will push through even though I was alone. I called my mother and told her about it. And when I asked for her advice she told me that it’s a decision for me to make and that whatever the decision will be she will respect it. I realized that this was an opportunity and that quitting was not an option and so I made up my mind and took the flight.

Because of the delicious rice I gained more than 20kgs… 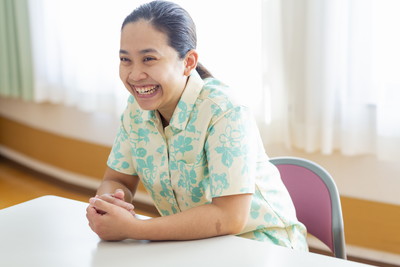 It was a long flight but I was excited and at the same time thrilled. Before going to the facility we were required to study Japanese language for a half year. Without any knowledge of the language studying was difficult. You have to study not only the grammar but also have to learn how to write hiragana, katakana and kanji. At the same time we were trained to do caregiving too! How to change diapers, how to feed the elderly etc. One thing that I was not expecting was the bathing of the elderly. I was not used to doing that back in my country and I was surprised when I learned I will be doing that too. According to our teacher it is the most dangerous one and so I learned it whole heartedly. Japan’s food is so delicious that I gained about 20kg after the training. 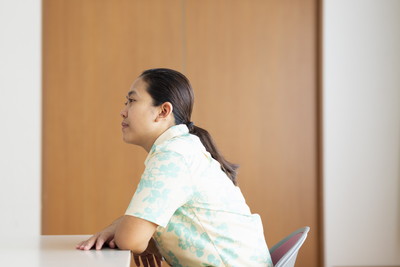 I have been working in Asokaen for 10 years now. Time flies really fast.「I’m not going back home until I pass the examination!」With this conviction I worked and prepared for the examination for three years. Not accustomed to the life here in Japan, not to be able to talk the language that well, it was really hard from the start. When I had problems I couldn’t express it through words and it frustrates me. All I can do is to whine and complain in silence. Fortunately I was able to talk to my mother every night. I was able to cry and tell her everything. She used to say “It’s your decision. You have to stand firm about it” “I’m always here for you. You are not alone”. These words of her gave me strength and encouraged me to go on.

I was able to go through my first year and came my second year. Slowly, I’ve learned their language and I was able to adjust to their lifestyle. The best part is that I was able to make friends. We celebrate our birthdays together, go and see fireworks etc. This gave me great pleasure and made my life here in Japan exciting and enjoyable.

At last examination came. Unfortunately I was not able to pass it. I was devastated but this did not stop me from trying again. With the help of my colleagues I was able to pass it the second time around. After securing my license I decided to go back home. Upon arriving my mother said 「Congratulations! You did it!” 」were the words that came from my mother. These words made me so happy. 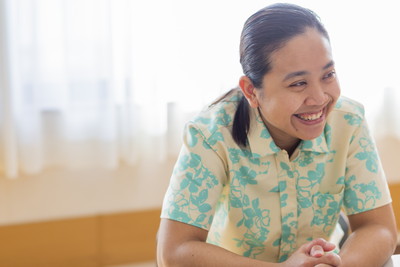 Itami is near to both Osaka and Kobe and I could say that it’s a place where you can live comfortably. Like the place where I live in Indonesia, it’s not a big and very busy city neither a very remote place. Compared to other places here in Japan the weather is not too cold and not too hot.

I enjoy my work here in Asokaen. I think it’s the reason why I was able to work here for 10years and still working as a caregiver. Through this work I gained a lot of experiences and still am learning. There will always be difficulties and worries but the simple 「thank you」from the elderlies and the words of appreciation from the family makes this work easy and enjoyable. Of course in this field of work the thought of death is unavoidable. It’s part of it. The death of an elderly always makes me realize that death comes to everybody. We don’t know when it will happen that’s why we have to live our life to the fullest while we still have the chance.

I would like to show my child the kind of work I do. This is my dream and I wish to make it into a reality soon 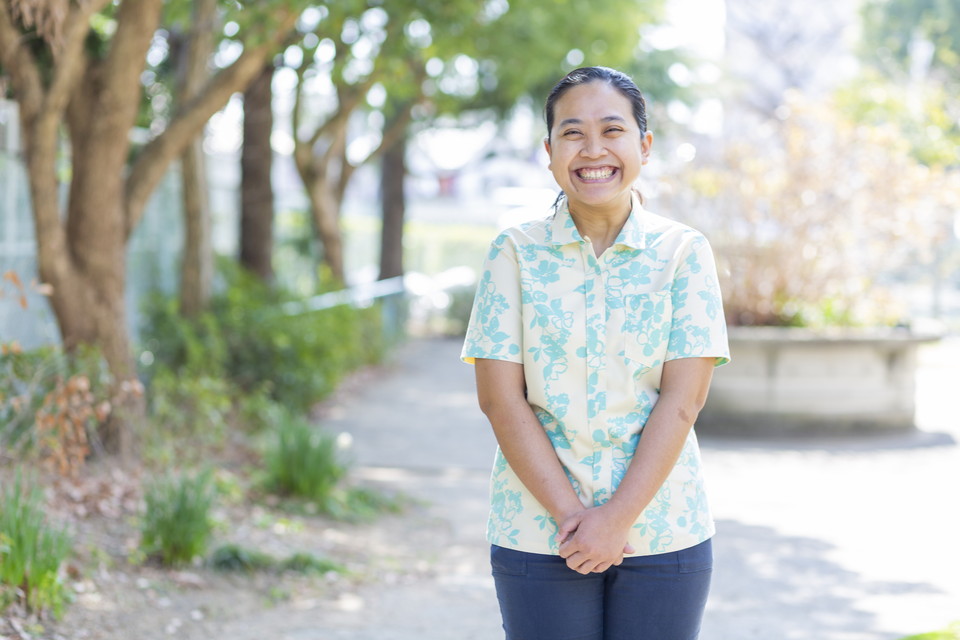 I’ve been living alone for a long time and I had uncertainties but finally I was able to meet my other half and got married. After getting married life for me became easier. I have somebody who supports me and whom I could talk to every time I needed someone to talk to. Though most of it are complaints and worries, he doesn’t complain and make face. Instead he listens.

Last year of March we were blessed with a child. Sad to say she’s in Indonesia living with my family. For now we can’t live together but the process for petition is on- going. I would love be with her in the future. If that happens, I’m going to work harder. I want to show her that I’m doing this kind of work and that I am working hard for her and her future.

It is an area where you can live conveniently, with a large shopping mall, hospital and airport nearby.
As it is a city with relatively few disasters and crimes, you can live safely.